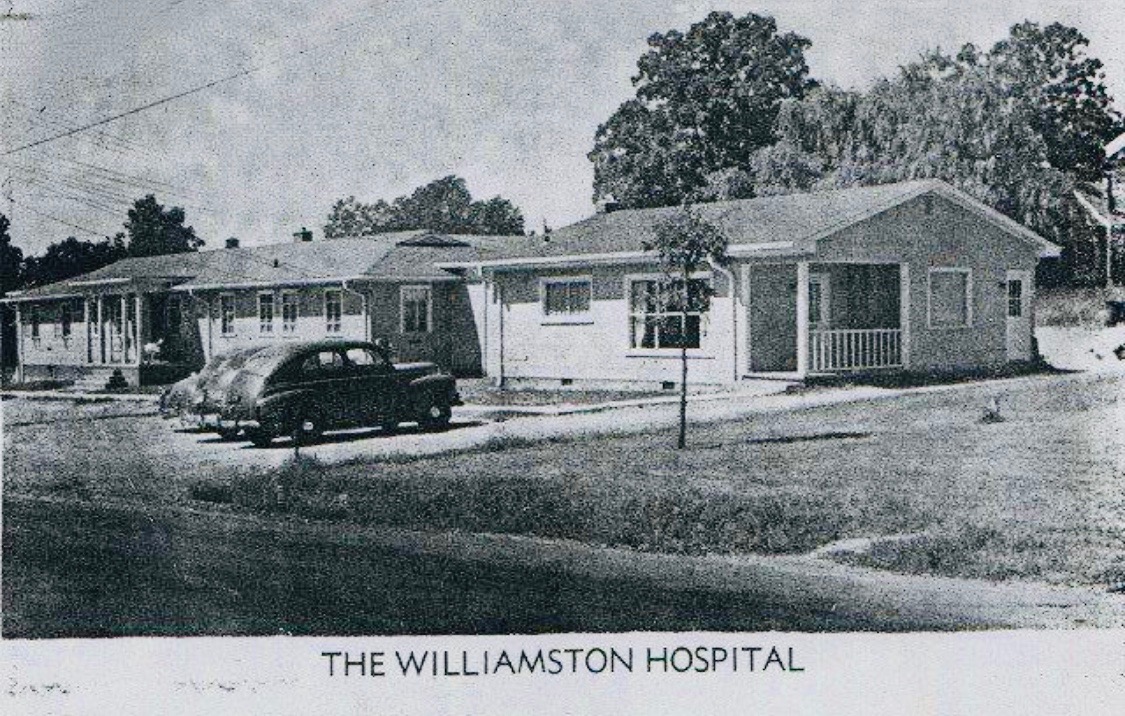 Dr. Dwight Smith came to Williamston in 1949 and established a sixteen-room clinic that expanded to become the Williamston Hospital, classified as a “general hospital” by the State Board of Health in 1958.

The shift from a traditional (agrarian and manufacturing) economy to a post-industrial service-based economy has left an alarming number of rural Americans without access to basic needs, such as healthcare.  Our mission is to correct this imbalance by gradually bridging the healthcare gap for rural America.

The Spring Water Rural Healthcare Foundation is a non-profit organization continuing on the work started many years ago by Dr. Dwight Smith, the "Spring Water Doctor."

Dr. Smith was a “Country Doctor,” giving advice on a number of topics in his column which appeared weekly in The Journal. He was very much a part of the community, serving a number of years as a volunteer physician for the Palmetto High Athletic Department. He sometimes played piano for services at Beulah United Methodist Church.

As a Family Practitioner, he received a number of awards. In 1998 he was awarded the Order of the Palmetto by S. C. Governor David Beasley for his devotion to the practice of family medicine.

In April 1999, he was the recipient of Furman University’s highest honor, the Bell Tower Award.

The Medical University of South Carolina named a room for Dr. Smith at the Family Practice Center, and another at Sebring-Aimar Alumni House.

Dr. Smith was a familiar sight in town, wearing his green scrubs as he pedaled his bike to and from his office daily. He was an advocate of the health-giving qualities of the Mineral Spring. Thus, the dedication of the Mineral Spring Gazebo in his honor is a fitting remembrance for our friend and beloved “Country Doctor.”

The foundation is growing and always in need of volunteers.